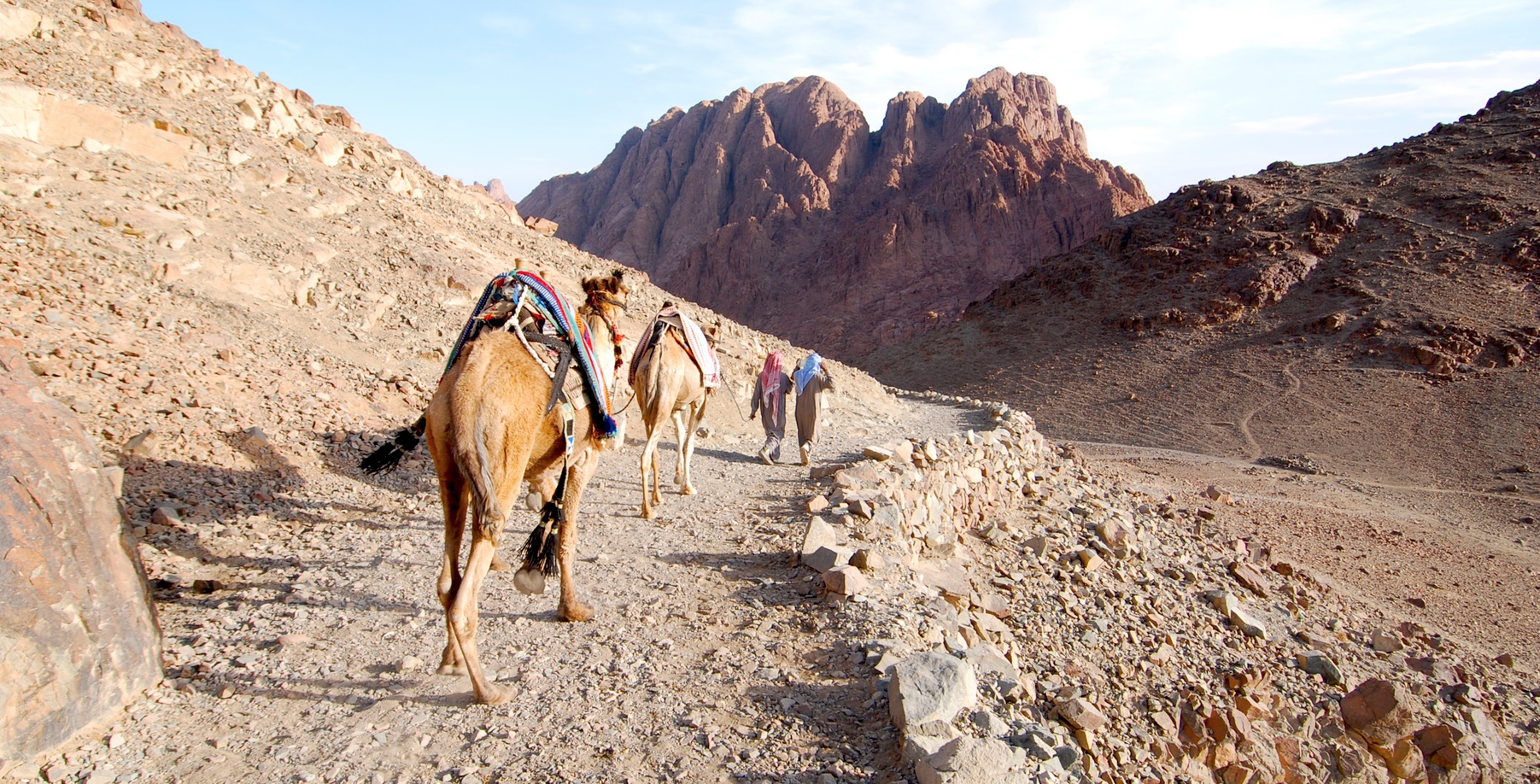 Reading itineraries has a similar effect on the mind as reading genealogies. But, it’s worth ploughing through them for the same reason we should suffer the name lists – there’s often more in there than meets the eye. The Exodus itineraries are no exception.

There are three main sources in the Hebrew Bible for the Israelites’ itinerary through the wilderness between Egypt and Canaan:

Overview of the itineraries

Here’s a short summary of each itinerary. Bear in mind that most of the places mentioned in all three sources have not been firmly identified,1 neither does their location really matter for what we’re dealing with in this post. So we’re sticking with the traditional locations for now.

After leaving Sinai they head through the Sinai desert passing through Hazeroth (Nu 33:17) up to Ezion Geber near modern Eilat (Nu 33:35) on their way to Kadesh in the wilderness of Zin (Nu 33:36).

They then head north up the King’s Highway straight through the territory of Moab through Dibon (Nu 33:45).

From there they continue up through Moab to Nebo, then west down into the Plain of Moab opposite Jericho (Nu 33:48).

As a result of the faithless report brought back by the spies the Israelites are condemned to wander in the wilderness for forty years (Nu 14:33-35) in the region of the Aravah (Nu 14:25).

The Israelites then head north to the river Zered (Nu 21:12) and continue on to the river Arnon (Nu 21:13). Still moving north they travel through Moab until they get to the top of Pisgah (Nu 21:20). After conquering the Transjordan (Nu 21:21–35) the Israelites head west down onto the Plain of Moab opposite Jericho (Nu 22:1).

And now in map form:

Slightly unconventionally, this itinerary begins with the Israelites at Mt Sinai. From there they speed through to Kadesh (Dt 1:19) from where the spies are sent out (1:22–39).

The Israelites are then told to head back into the wilderness toward the Red Sea (Dt 2:1) and “skirt Mount Seir for many days” (Dt 2:1) – Mount Seir is the name for the range of hills to the east of the Aravah north of Eilat.2

They wander in this area (described as being the area of the Aravah, Eilat, and Ezion Geber) for a long time (Dt 2:3) and then head into Mt Seir (Dt 2:8) – following the modern route from Aqaba to Wadi Rum in the direction of Moab.

Having been told not to engage the Moabites in warfare (Dt 2:9) who were located at this time between the Zered and the Arnon they head north peacefully to the River Arnon (Dt 2:24).

Once across the Arnon the Israelites take all the cities from there (Aroer being nestled on the northern edge of the Arnon), up to Gilead (Dt 2:36) in a thin strip to the east of the Kingdom of the Ammonites (Dt 2:37).

After fighting Og king of Bashan (Dt 3:1-7) and dividing up the territory they’d captured (Dt 3:8-17) we find the Israelites camped in the valley opposite Beth-peor (Dt 3:29).

If it’s not clear yet, we’re dealing with quite different itineraries.

If we place all three itineraries on the same map we get the following:

Let’s highlight a couple of differences between the itineraries:

These differences between the itineraries cannot be reconciled. You cannot visit Kadesh both only once and twice. You cannot travel from Kadesh both due east across the Aravah into Transjordan and south to Eilat and up into the Edomite hills in the direction of Wadi Rum.

We are not the first to stumble across these differences, so let’s see what others have written on the matter.

First up is Aharoni, a towering figure in the archaeology of Israel. Discussing the Kadesh-to-Plain-of-Moab itinerary of Deuteronomy vs. that found in the Numbers narrative he writes:

It would seem, therefore, that there are preserved here memories of two different journeys, the first in the fourteenth century to the plains of Moab before the various kingdoms in this area became organised, and the second in the thirteenth century which led around Edom and Moab along the fringe of the desert and which ended in the conquest of Heshbon. These different routes constitute one of the conclusive evidences that the Israelite conquest was not carried out in one campaign or at one time but rather continued in several waves which were blended together in the tradition to a single campaign of conquest.3

Brown in his Expositional Bible Commentary provides no explanation for the differences, but he does note that they exist:

Moses recounts the way in which God brought the people to the border of Canaan by a different route and to a different place from the first occasion.4

And before launching into an excellent treatment of the problem Tigay in the JPS Torah Commentary on Deuteronomy wryly notes:

There are several apparent discrepancies between these descriptions of the Israelites’ route.5

So, we’re dealing with a known problem. The itineraries are different.

Is there an explanation for the differences?

Others have attempted to “fix” the itineraries, e.g. finding a second Kadesh in the Numbers 33 itinerary – they claim that Nu 33:16’s Kibroth Hattaavah is another name for Kadesh.6 This however doesn’t work – Kibroth Hattaavah is somewhere that the Israelites visit on their way to Kadesh (cf. Nu 11:34 & 13:26).

Others claim that the Exodus and Numbers narratives along with the Numbers 33 itineraries simply miss out the portion of the journey that took them down to Eilat and up into the mountains of southern Jordan, thus reconciling the Deuteronomy itinerary with the others.7

Finally, in the view of those following critical approaches, the inconsistencies between the itineraries are the result of a late editor weaving together ancient sacred documents, not feeling like they could change or cut out sections which made the final product contradictory.8

What can be learned from this?

Robustly made and pious sounding claims of internal consistency within the biblical text are nothing but bluster and wishful thinking. Any such claims don’t match the evidence – discrepancies exist, as the various Exodus itineraries demonstrate.

If discrepancies in the Bible make us uncomfortable that only tells us that our understanding of the nature of the text needs adjusting.

Finally, instead of making untrue – and therefore disrespectful – claims about the nature of the text, we should base our understanding of it on what we find in it, and we should do so in a humble and inquiring manner.

So, let’s work with what the text says, not try to pretend it says something else.

A photo I took on the way down from the top of Jebel Musa, the traditional site of Mt Sinai.