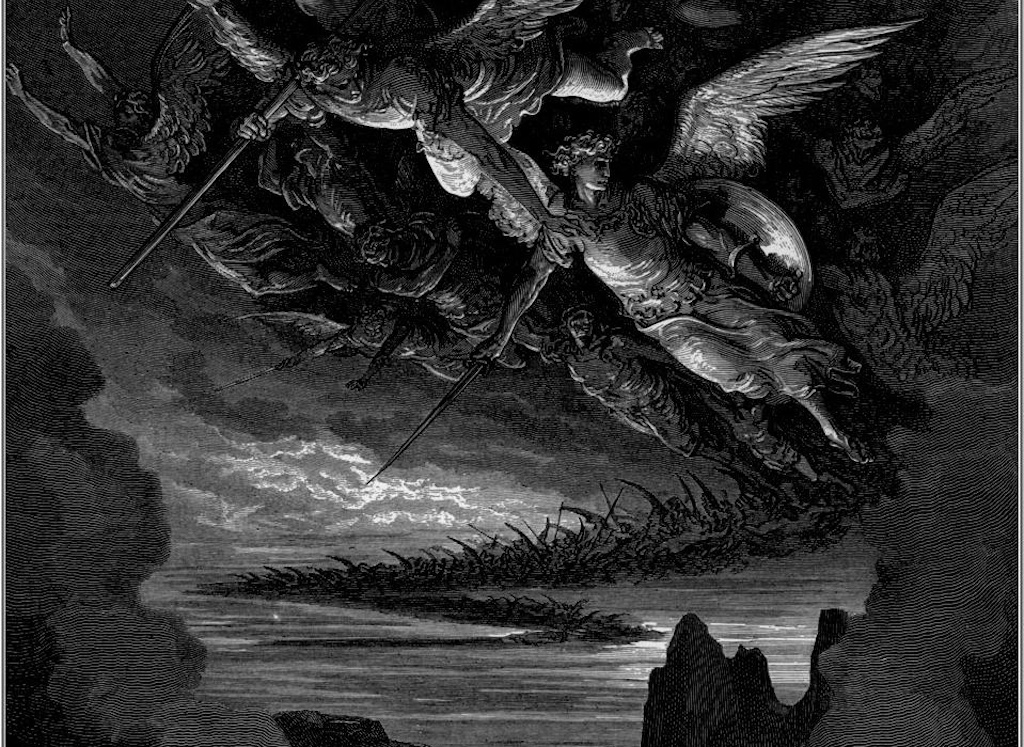 A few days ago I watched a twitter conversation on the topic of whether the Epistle of Jude contains a quotation from the book of Enoch or not. This question comes up every now and again, mainly because it causes problems for those that claim the Bible was dictated word-for-word by God (“verbal plenary inspiration”), believe that it doesn’t quote extra-biblical works authoritatively, and think that the bible is self-interpreting leaving us in no need of any extra-biblical context for its proper understanding (loosely, the “perspicuity of scripture”). So, let’s get down to business: does Jude quote Enoch?

Here’s the passage in Jude that is said to be a quote from the book of Enoch:

Jude 14-15 It was also about these that Enoch, in the seventh generation from Adam, prophesied, saying, “See, the Lord is coming with ten thousands of his holy ones, to execute judgment on all, and to convict everyone of all the deeds of ungodliness that they have committed in such an ungodly way, and of all the harsh things that ungodly sinners have spoken against him.”

It’s pretty clear from this that the writer of the Epistle of Jude claimed to be quoting a very specific individual: the seventh from Adam. Who is this? We find him mentioned in the early chapters of Genesis:

So, Jude is apparently quoting from someone who lived several thousand years before him.

However, as already mentioned, it’s said that instead of quoting Enoch-the-seventh-from-Adam, Jude is actually quoting from the Book of Enoch. Here’s the section from the book of Enoch that is said to be quoted by Jude:

1 Enoch 1:91 Behold, he comes with the myriads of his holy ones, to execute judgment on all, and to destroy all the wicked, and to convict all flesh for all the wicked deeds that they have done, and the proud and hard words that wicked sinners spoke against him.

That’s pretty much spot on. There’s just no getting around it – the text is very, very similar indeed. To say that one isn’t quoting the other is a real stretch.

It’s the standard view on these verses from Jude. Here are a few well known commentaries that make the point:

The longest and only unambiguous quotation in the Epistle of Jude is not from an OT book but rather from 1 Enoch.2

Jude now confirms this final analysis of his opponents with a prophecy of inescapable judgment, the judgment which will accompany the return of Christ. He quotes 1 Enoch (i. 9) to emphasize his point.3

So, how should we react to this?

In my experience, when a Christian with conservative views of scripture first encounters the idea that Jude quotes the book of Enoch, they tend to recoil and then try to explain away the problem. Here are a few ways they try to deal with the difficulty (exemplified in this article from Apologetics Press).

A common tactic is to say that maybe Enoch-the-seventh-from-Adam wrote the Book of Enoch that Jude quotes. Those making this claim have clearly never read Enoch – it quotes a number of biblical books that even a conservative dating would place hundreds and hundreds and hundreds of years after the time of the Enoch of Genesis 5. For example, in the Book of Enoch just a few verses before the one quoted above we find the following:

That’s a pretty tight paraphrase of a passage in Deuteronomy:

Deut 33:2 The LORD came from Sinai, and dawned from Seir upon us; he shone forth from Mount Paran. With him were myriads of holy ones; at his right, a host of his own.

So, the book of Enoch was written far too late for it to have been written by Enoch-the-seventh-from-Adam. This attempted explanation doesn’t work.

Another common tactic tried by those with conservative views of scripture is the opposite – maybe the book of Enoch was written after Jude and therefore it’s actually the other way around– i.e. The book of Enoch quotes the Epistle of Jude!

It’s pretty easy to knock this argument on the head: the book of Enoch is included in the Dead Sea Scrolls, the vast bulk of which predate any New Testament writings. Fragments containing the citations from the Book of Enoch above are designated 4Q201 and 4Q204. Here’s a translation of the scrolls5:

Here’s a picture of some of 4Q201 that’s been digitised as part of the Leon Levy Dead Sea Scrolls Digital Library:

So, what can we learn from all this? A couple of things.

Firstly, yes the Bible does quote external sources authoritatively. If you’re a Christian then you need to work this fact into your model of Biblical Inspiration.

Secondly, just because the Bible attributes a quote to an author (e.g. Enoch-the-seventh-from-Adam) doesn’t mean that the person specified wrote what is being quoted. This is especially worth bearing in mind when reading passages in the New Testament that attribute passages to “Moses”.

Attribution in the Bible can be more complicated than it seems.